At the end of every summer, I think, cool, the garden is good. It looks great. I will leave it as it is; I won’t obsess during winter or move a bunch of stuff around in the spring.

Then January comes. I order seed catalogs. I pace. I look out the windows. This year, I started a journal — with drawings! — to help me see the garden’s beauty even when the colors are just a dozen shades of brown.

As I looked at seed catalogs and paced and looked out the windows, I thought, you know, I really want a big swath of Mexican sunflowers. And a giant patch of zinnias for the butterflies. And I really want more milkweed, too, and dill.

But all the beds are already full.

So I paced and looked out the windows more. I looked for a place a bed could go. A place with sun and that I could reach with the hose and that was somewhat level so the tall Mexican sunflowers wouldn’t flop down the hill when they could no longer bear up under their own weight.

There’s a big section of one flower bed that gets too much shade in summer for me to grow the things I want in it, but I realized if I pull it down a bit, I can create some space that gets more sun, is less steep, and would be a perfect place for a big flower patch.

We still had a bunch of cardboard boxes left over from Christmas, so on a warmish day (for January — it was maybe 45 ℉), I set the lawn mower on its lowest setting to shear the grass close to the ground in the area I want to transform into a bed. I broke down the cardboard boxes, spread them out, and weighed them down with bags of topsoil.

My idea is that if I start now, I can create a physical barrier between the grass and the sun to kill it. Meanwhile, I’ll cover the cardboard with topsoil to weigh it down. The topsoil will also provide dirt to scatter seeds directly into come May when it’s time to sow zinnia seeds. I’m hopeful the next three months of snow and rain will soften the cardboard enough that by the time June gets here and the zinnias are sending down roots, they won’t hit an impenetrable barrier.

This is all very much a fly by the seat of my pants idea, by the way. I’m pretty sure it will work.

However, I fear it will only work if I get started, like, now. As soon I exhausted our cardboard supply, I plotted when I could put more down. I had time off scheduled today, and I thought, awesome, I’ll do it then!

And then this happened.

Which means the area I wanted to work in today looks like this.

Now, instead of laying more cardboard down, I’ve decided I should extend the bed even further, all the way around the raised bed, because why not? I can put in some sugar snap peas.

I couldn’t work out there today, but after a coworker inspired me with his compost delivery, I did put in an order with my mulch supplier for dirt to be delivered next week or the week after, depending on the weather. That gives me two weeks to scrounge up more cardboard, and hopefully not come up with more ideas of where to kill lawn. I don’t know how my back will handle shoveling this much more mulch in spring.

4 thoughts on “Feb 5: Killing grass is how I get through winter” 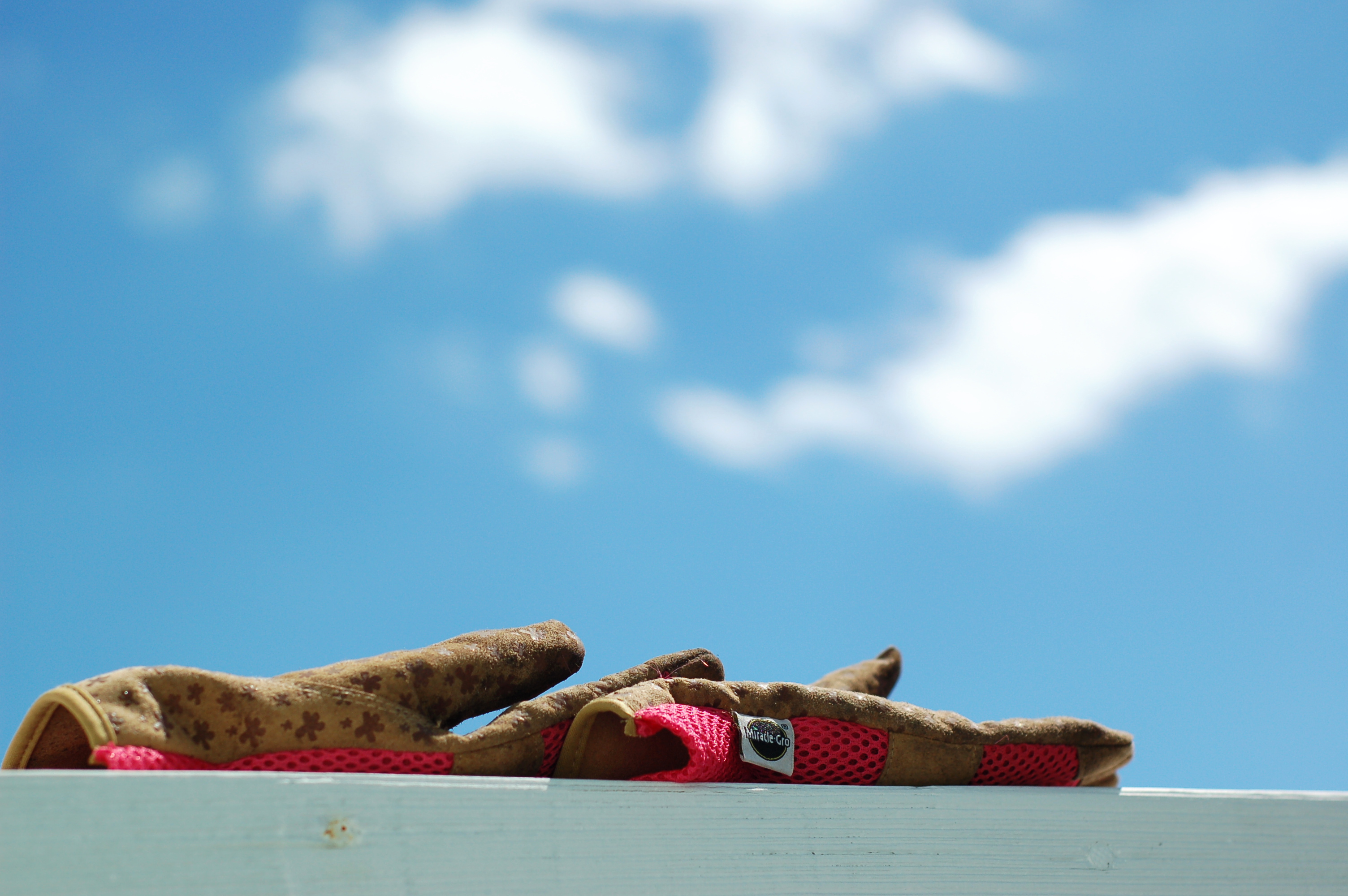 Andrea Badgley is a mom, wife, and creative nonfiction writer at Butterfly Mind. She grew up on the coast of Georgia and now lives with her husband and two children in the Appalachian mountains of Virginia.